What was your inspiration behind White Noise?

A few references/inspirations are involved: the noise of the street, fragments of conversations I would catch each day under the ladder, the white noise on the television set (which is actually composed partly of photons leftover from the Big Bang), Monet's water lily paintings, Mondrian's colors, and different kinds of array structures related to computers, information processing, astronomy, art, mapping, etc. There's a relationship between sound, composition and color that the mural also embodies. And Don DeLilo's novel by the same name is also in there somewhere.

How would you describe your signature style?

I'm not sure I have one or could describe it in a sentence. If you look back over the past 10 years of my painting, my work seems to follow phases. But it's all abstract, and usually characterized by both gestural and harder-edged linear moments within a given work. They're looking a little cosmological and spider-webby lately. I once titled a series of paintings Cartoon Physics and I think it may still apply to what I'm doing now. This is your first mural.

Were you concerned about the scale of it?

I was, considering that a typical example of my recent painting can fit into my backpack. When you paint something this large you start to feel like you are actually inside of the painting or the world of the painting. It's much harder to control unless you want to climb up and down the ladder every two minutes to cross the street and take a look.

Can you talk us through your process?

I knew I wanted to make something related to the paintings I have been working on in my studio. But also felt like the imagery needed to be parred down a bit for the street. So once I decided on that aesthetic, I started to make digital sketches on my iPad. I made a couple dozen sketches before settling on the essential design. I went out and got some paint and mixed some colors. I decided in advance that I was not going to paint primer over Erik's David Bowie mural; but rather gradually erase and absorb it into my own design. This felt more proper somehow than rolling over his work with white. I used several colors to go over his work, working in layers one color at a time as I did on the iPad. Owing to a number of unforeseen variables, including the scale of the work, the rough texture of the wall, and little accidents that always enter my process, the final product departed somewhat from my initial digital design. It took on more of a pixelated, mosaic quality than I had originally intended; but eventually I got to a place that was consistent with what I had originally intended. And was happy with the detours that circumstances and accidents forced along the way.

How long did it take?

How did it feel to paint in public?

I was initially very self-conscious having never worked in public before. Painting for me is a private experience partly because I spend significant chunks of time in the studio just sitting and looking at what I've been working on, and thinking about the next move. I also usually sketch on my iPad or on paper between each layer of work to map out the next phase of the work. Being watched at first made me feel like a performer. People took pictures, which added to that feeling. Eventually, I grew to appreciate moments when people stopped to chat with me, and watch. Oddly, it felt nice to have company. On a sensory level, painting with good weather and city/people noises at heights that terrify me became a source of inspiration and relaxation. It made me appreciate how studio painting is solitary and detached in extreme ways that can also feel as artificial as painting in public.

Are there any artists in particular you admire?

Phillip Guston was an early hero, and still is. Lately I've been looking at William Blake and a bunch of Renaissance artists who did art about God. I have a really long list beyond that. What’s next for you? Continuing to work on a new series of paintings in my studio. I've got a group show coming up in the Fall. Check my website for details soon www.henrysamelson.com 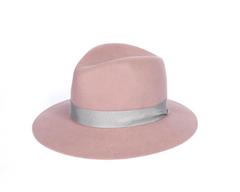