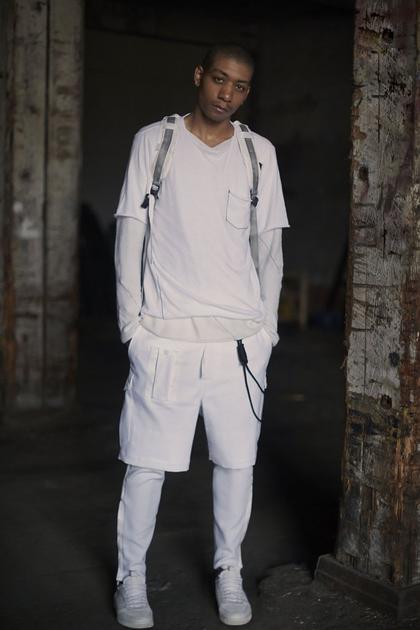 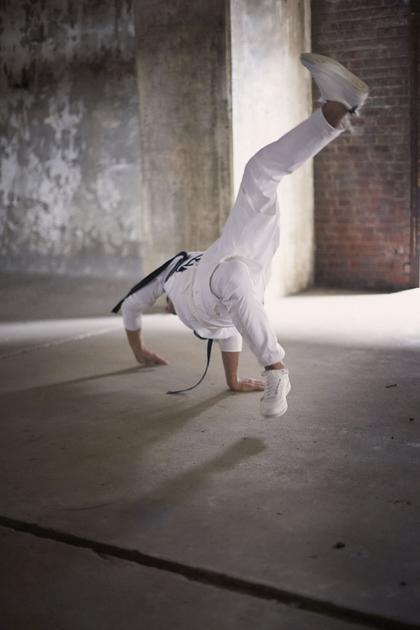 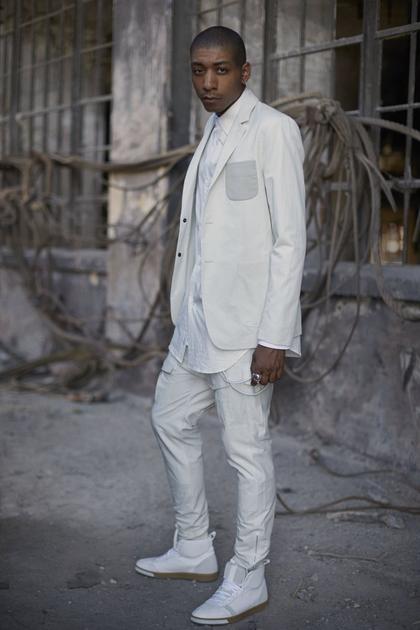 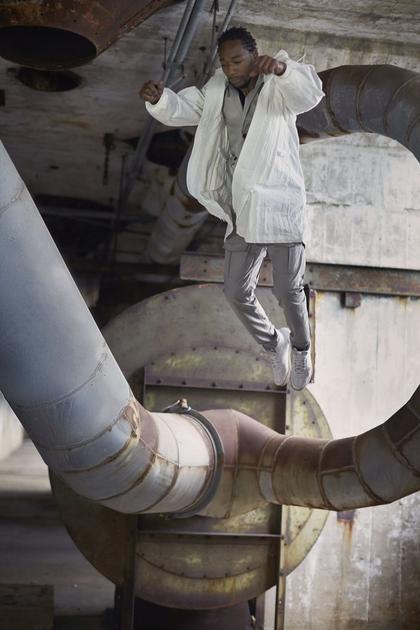 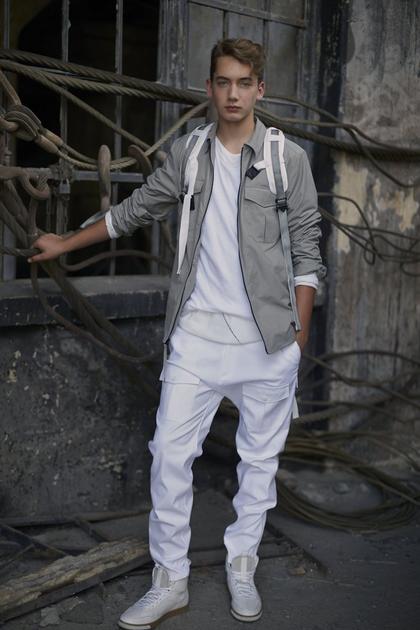 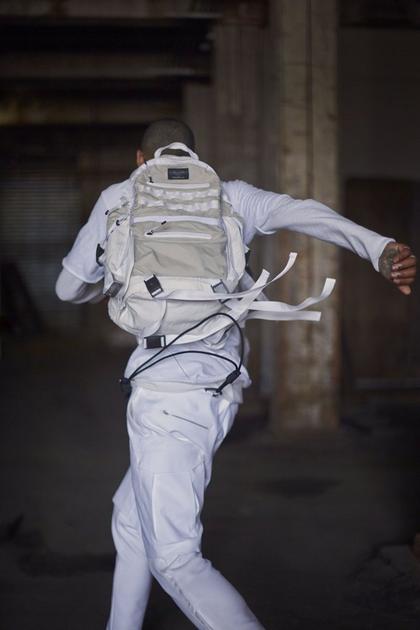 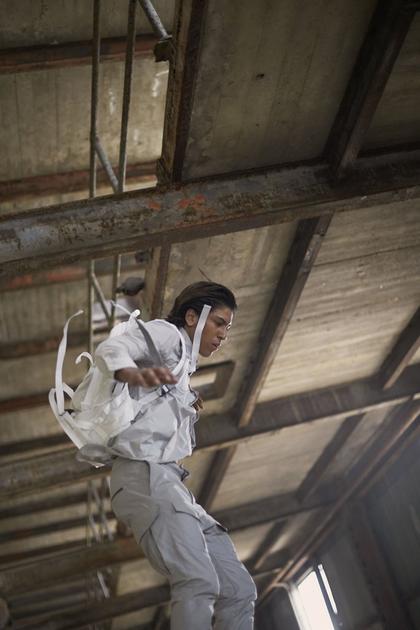 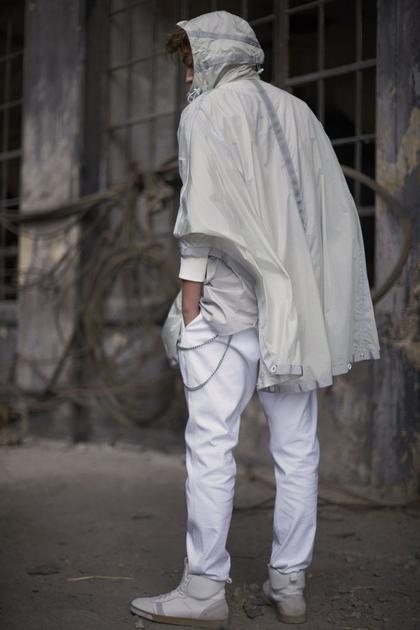 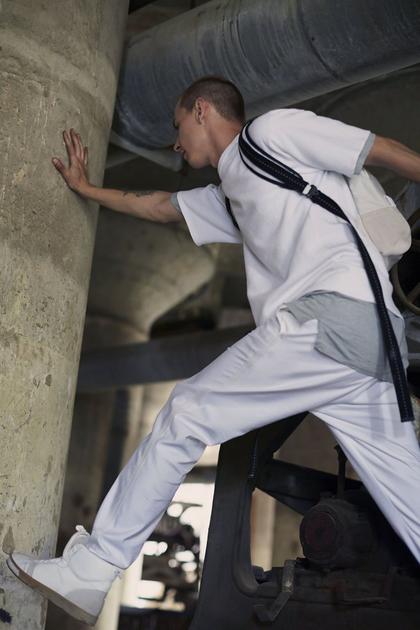 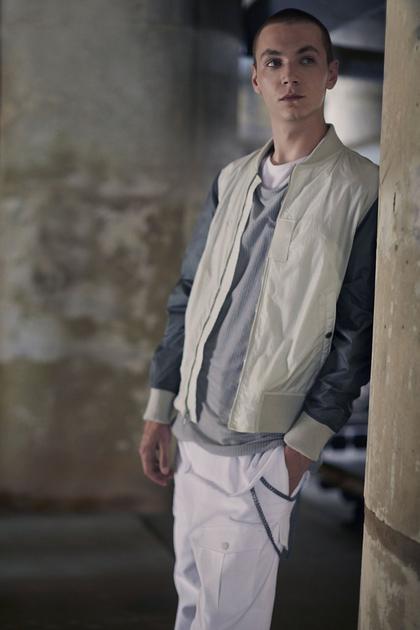 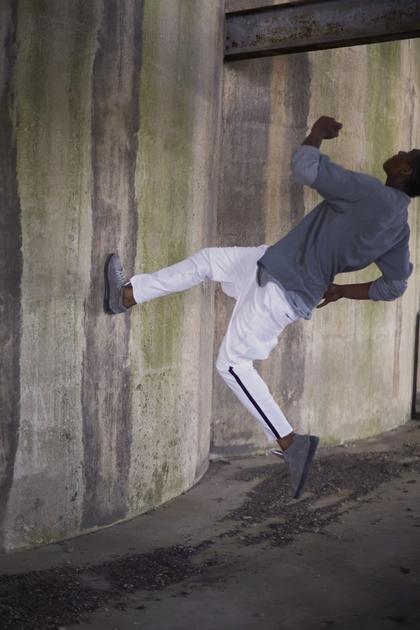 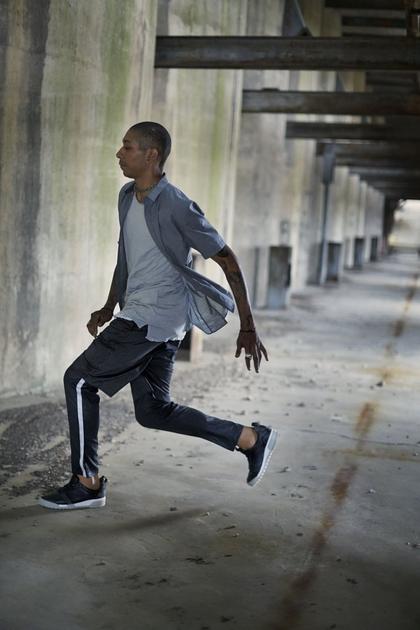 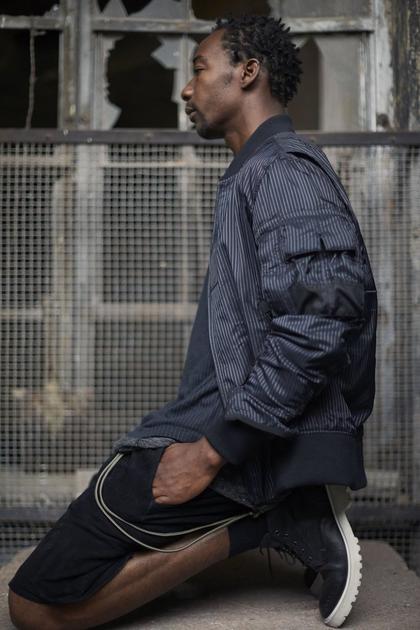 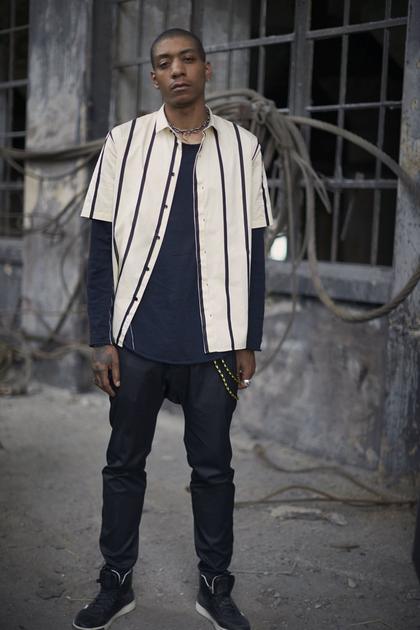 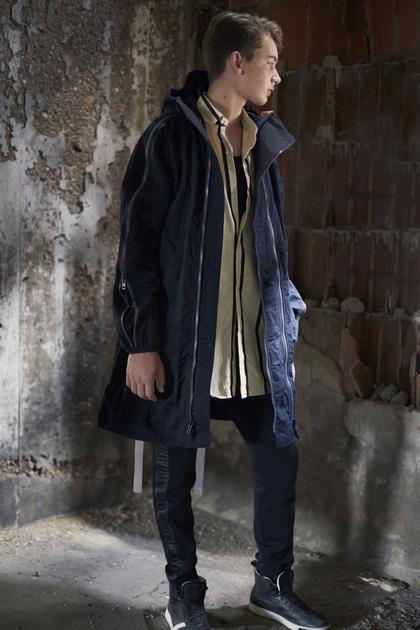 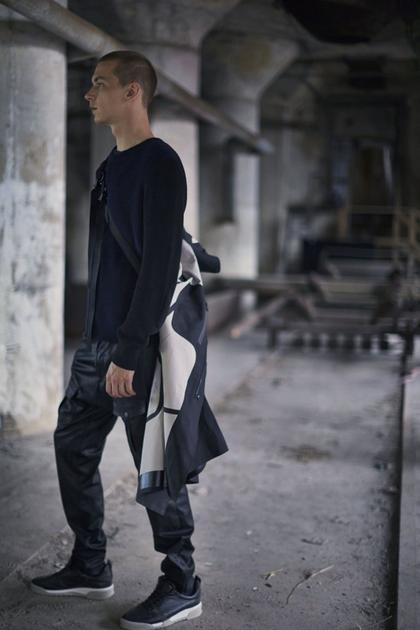 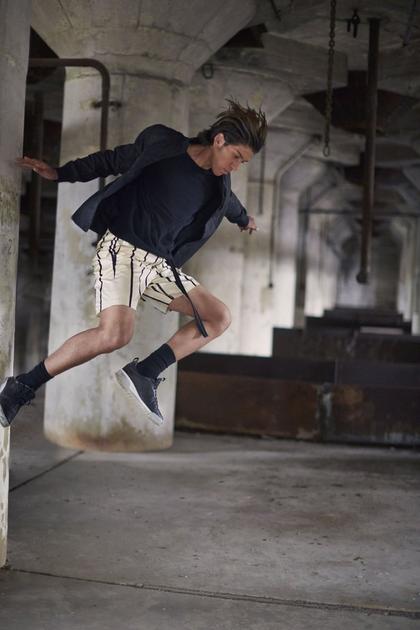 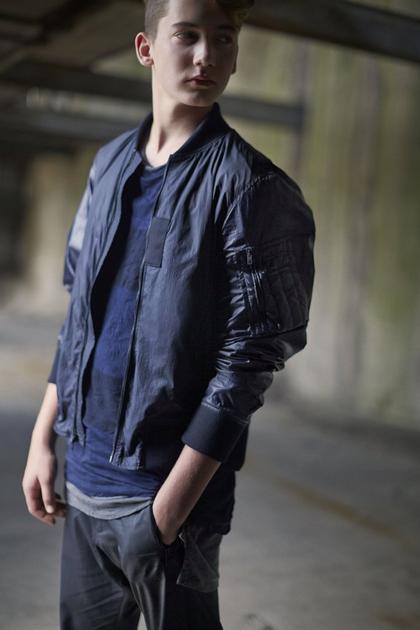 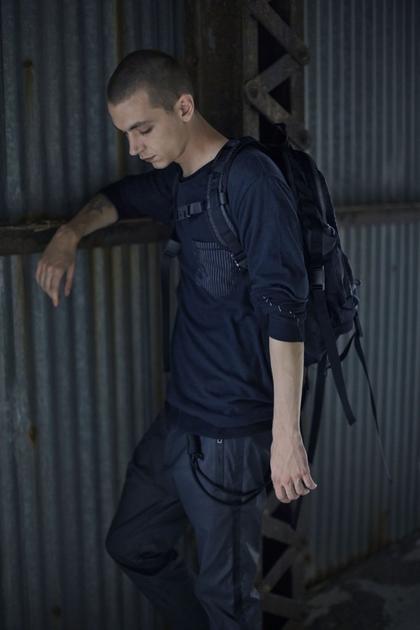 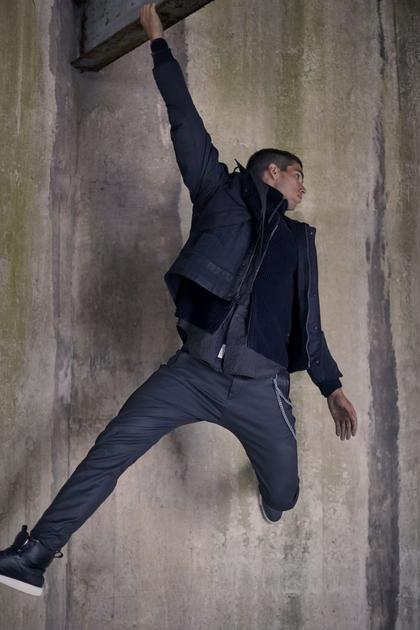 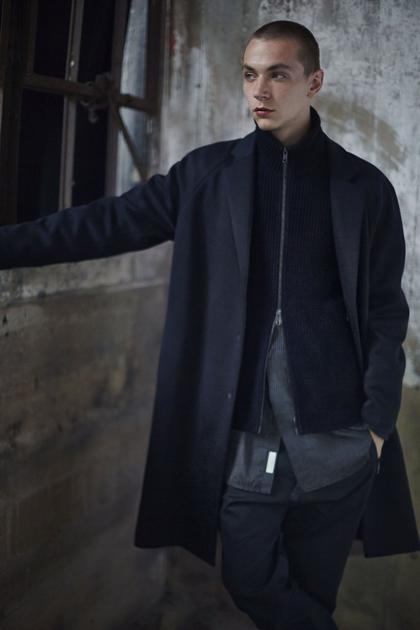 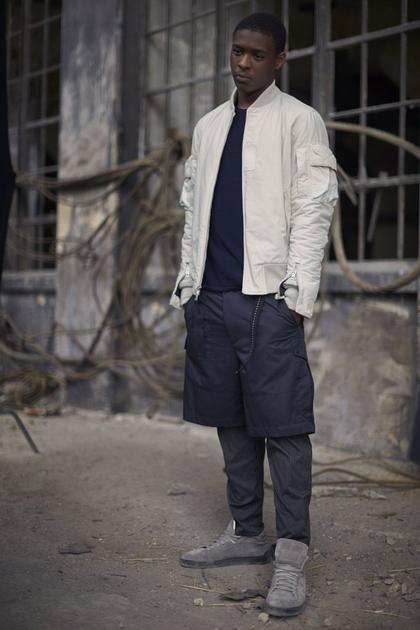 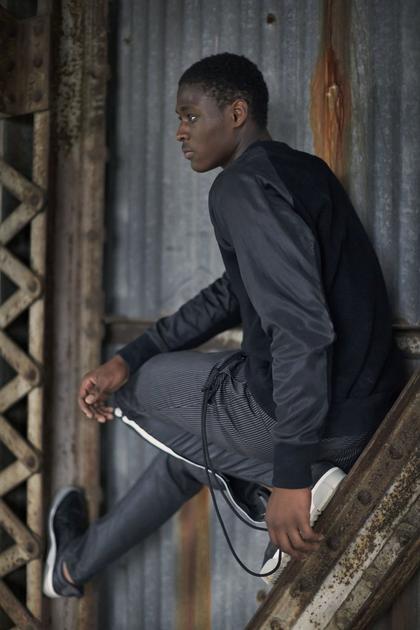 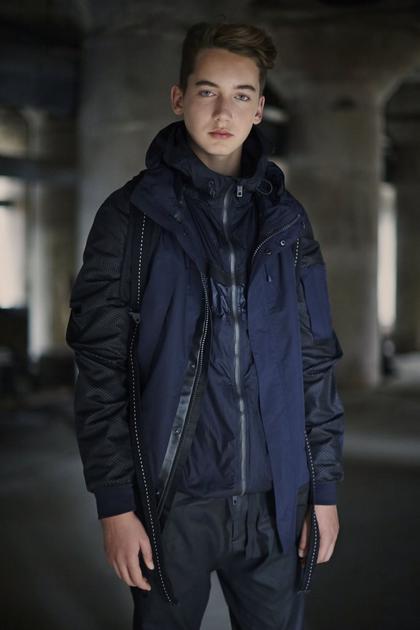 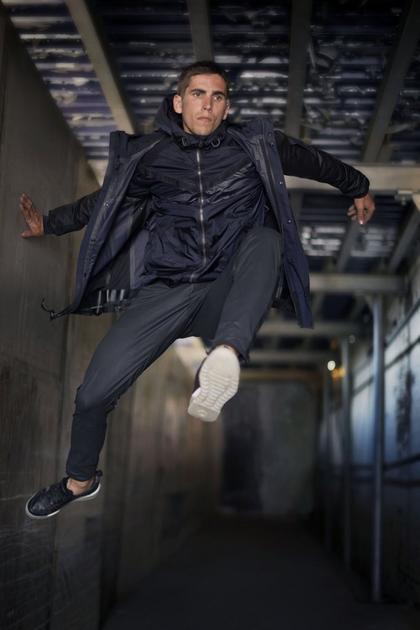 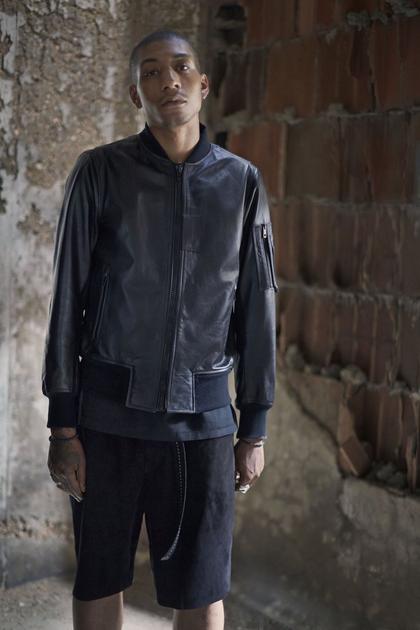 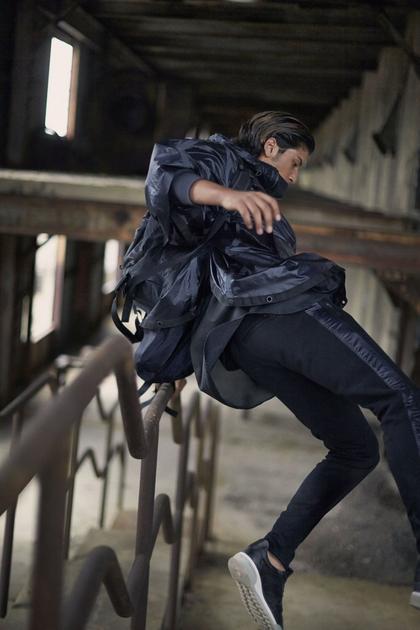 For SS16, the concept of freedom of movement is explored with parachutes and parkour framing the collection’s inspiration. The tonal layering, emphasizing the weightlessness of the fabrics, forms the illusion of an urban uniform. Parkour, a freestyle sport akin to urban acrobats incorporates running, jumping, climbing and flipping against barriers, represents the collection’s performance-wear mood. The athletic activity, which originated from a training program in the French military, also informed construction detailing, from the slouchy drop crotch and side zips on pants, perforation, elongated tees and the elimination of seams to offer maximum motion.
Lightweight billowy outerwear reflects the parachute influence. Ease of wear is considered throughout, from cargo pants and crinkled t-shirts, extending to suiting rendered in linen. The juxtaposition of matte and sheen finishes adds dimension, seen in cotton sateen jackets and chintzed shirting. The color palette comprises of muted hues from crisp bright white to stone shades and slate grey. Stripes run throughout the collection. Accessories include the Rucksack and Derby Backpack, both crafted from collection fabrications and featuring the brand’s signature utilitarian detailing. Footwear features predominately athletic styles, including the Flynn Trainer. 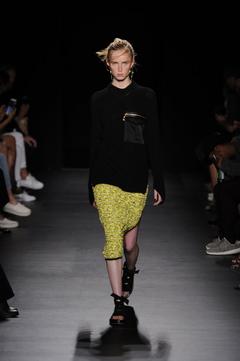 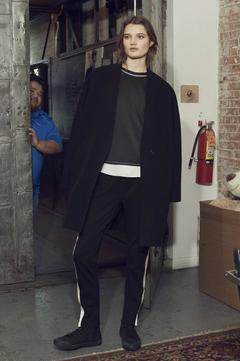